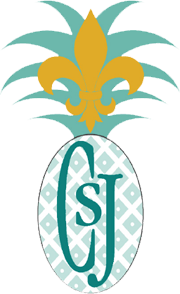 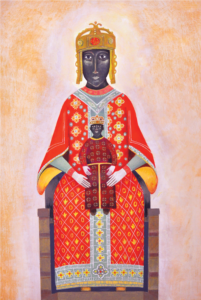 Some are of the opinion that this statue derives from the Egyptian tradition of of Isis and Horus. Through the lens of the Catholic tradition we can celebrate it as the Madonna and Child. Throughout France there are countless images of Black Madonnas. To help us understand their meaning, scholar and storyteller Clarissa Pinkola Estes, in her book Untie the Strong Woman, writes:

Her ‘black light’ illumines. And under that black light too, in daylight or at night, we can also see ‘her source and the force of Immaculate Love.’ Despite or because of denigrations to Holy Mother in her dark skin, she still shines her unusual light toward us, from the juncture point between two worlds. So that we all might see, as she sees. Fully awake. Eyes wide open. All worlds. All worths. Siempre. Always.”

Housed within Carondelet Center, Wisdom Ways Center for Spirituality has seasonal art exhibits, in addition to its wide range of programs. For more information about the current and past exhibits, please visit Wisdom Ways’ webpage.